It’s an exciting time to be in the Sioux Falls construction industry! The city just fell short of breaking the $2 billion mark for construction in 2022. Henry Carlson Construction is beyond excited that we are the contractor for the top three projects out of 15 total!
1. City of Sioux Falls water reclamation facility (with McCarthy Building Companies, Inc.)
2. Sanford USD Medical Center, surgical tower
3. Sioux Falls Regional Airport, parking ramp
…
11. Sanford USD Medical Center, parking ramp and office
View the full story on SiouxFalls.Business website.

Sioux Falls fell short of breaking the $2 billion mark for construction in 2022 but still had a record year.

Last year, the city topped the billion-dollar mark in the first eight months. 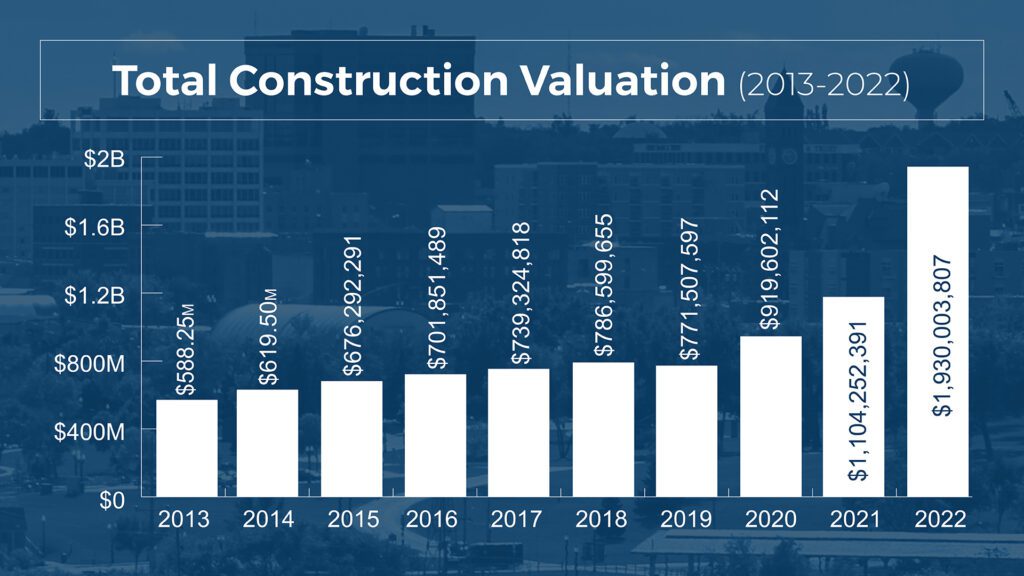 “Sioux Falls experienced another historic year of growth in 2022, and the city continues to be a place where businesses and residents want to invest,” Mayor Paul TenHaken said in a news release. “As we look to the year ahead, we’ll remain focused on providing all residents a safe community and prioritizing quality of life investments to remain a place where families want to live, work and play.” 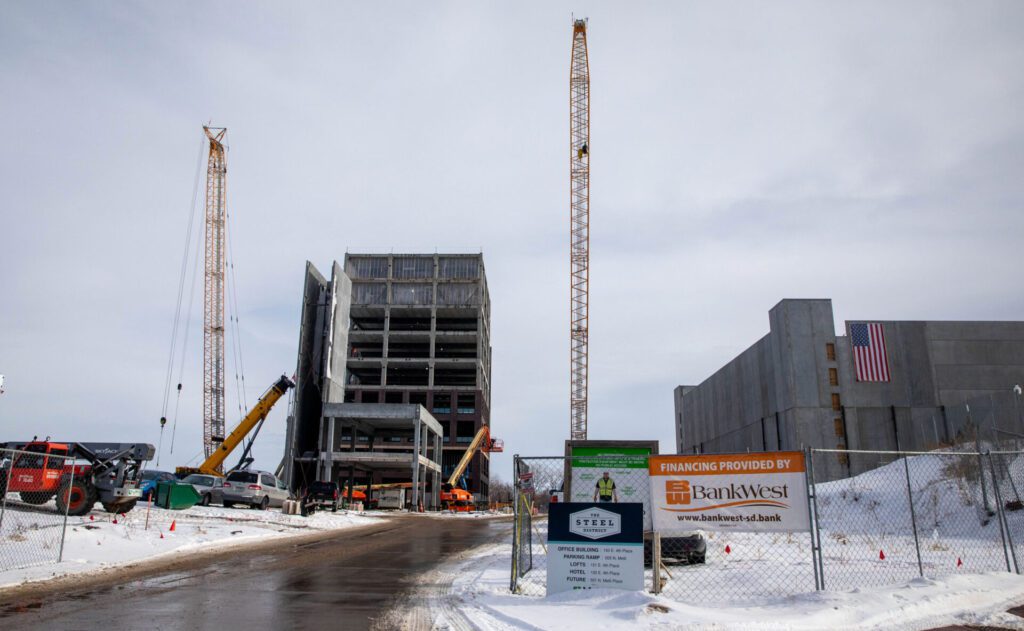 Here’s a look at the top 15 projects:

For residential construction, the issued a record number of permits for multifamily housing units at 3,343, an 84 percent increase from the previous year.

“Last year showed our public and private partners’ commitment to keeping pace and momentum going with the growth of Sioux Falls as evidenced by the type of projects happening from major  public infrastructure improvements to private development downtown and multifamily units,” said Jeff Eckhoff, the city’s director of planning and development services. “Public-private collaboration will continue to be important as we anticipate and address our growing community’s needs.”