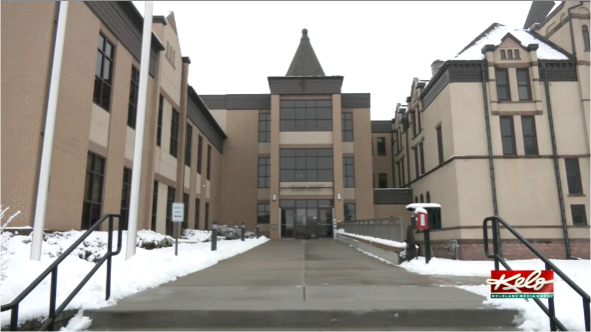 LINCOLN COUNTY, S.D. (KELO) — Lincoln county has outgrown its courthouse. Once a small county it has quickly grown to be South Dakota’s 3rd largest in terms of people.

On Friday, the Lincoln County Commission authorized just under $55 million in bonds to build a new courthouse.

With 4 of the 5 commissioners voting in favor, Lincoln County approves a bond to finance up to $54. 8 million for a new courthouse facility. The price tag means a rise in property taxes, roughly $35 to $50 a year for every $100,000 a property is worth.

Friday’s vote may seem simple, it took less than 20 minutes, but this is a big step because it allows the commission now to move forward.

“It is finally the first step that we’ve needed to address the needs of the court system in Lincoln county, it gives us the funds to start to do the actual design work that will take many, many months, but it was a step that we had to get to to get started,” said Commissioner Michael Poppens.

Commissioners couldn’t move ahead without knowing how much money they were working with and how many courtrooms they could build. The commission chair says it is a relief to begin the funding process.

“Today was important because the commission finally came together and made a decision on how we are going to move forward for Lincoln county for the courthouse, and that’s what we got consensus on, and so I think it’s a really great thing,” said Tiffini Landeen.

While commissioners agree on the dire need for more courtrooms, they remain divided on the location and additional jail space.

Friday’s resolution states those issues will be determined at a later date. The funding also allows the commissioners to study other sights in Canton to determine whether they are suitable for building a new courthouse. View the Story on KELOLAND.