View the story on SiouxFalls.Business.

The turf is going in, and the software is being installed at Great Shots, the new golf entertainment business scheduled to open in the coming weeks.

The 54,000-square-foot building at the Sanford Sports Complex is three stories of gamified golf, food, beverages and entertainment for all ages. 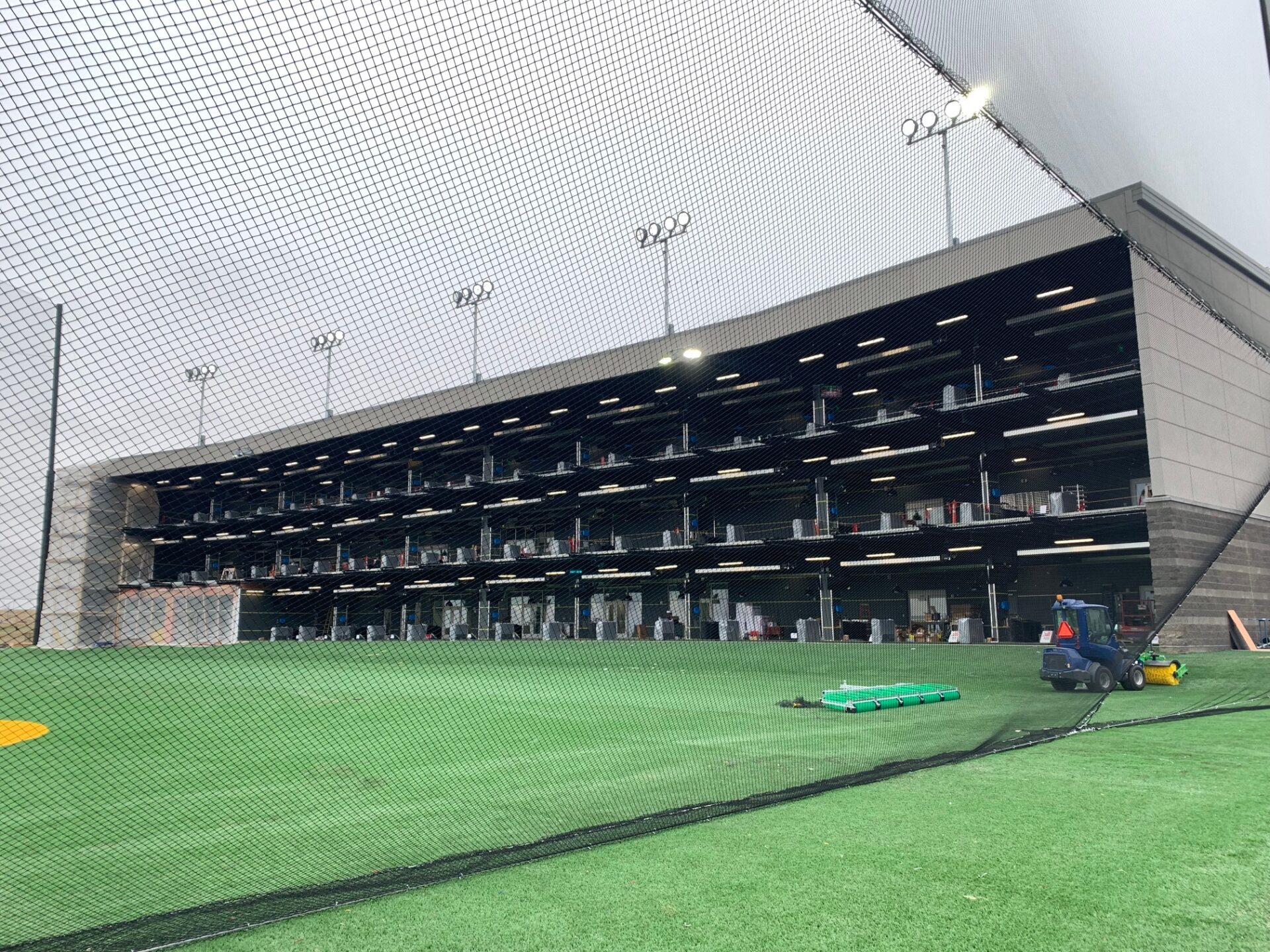 Assuming construction stays on track, the plan is to open in the coming weeks. A date has not been set yet.

“Right now, it’s finishing out the inside of the building,” general manager Jonathan Buckley said. “The technology gaming system is being installed, our range mats were installed, and they still have to put safety nets in.” 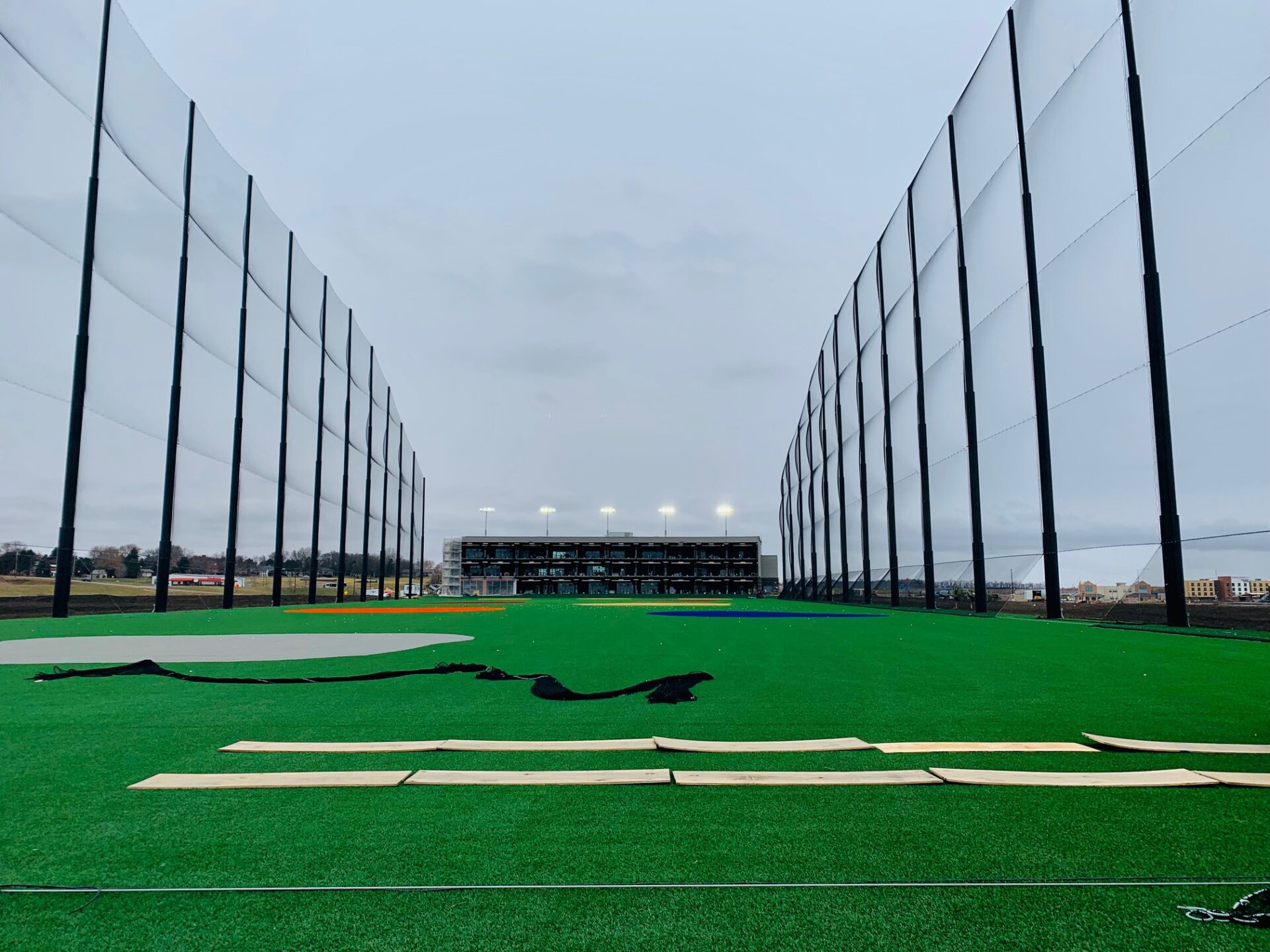 The third floor is the most finished, with 20 hitting bays. 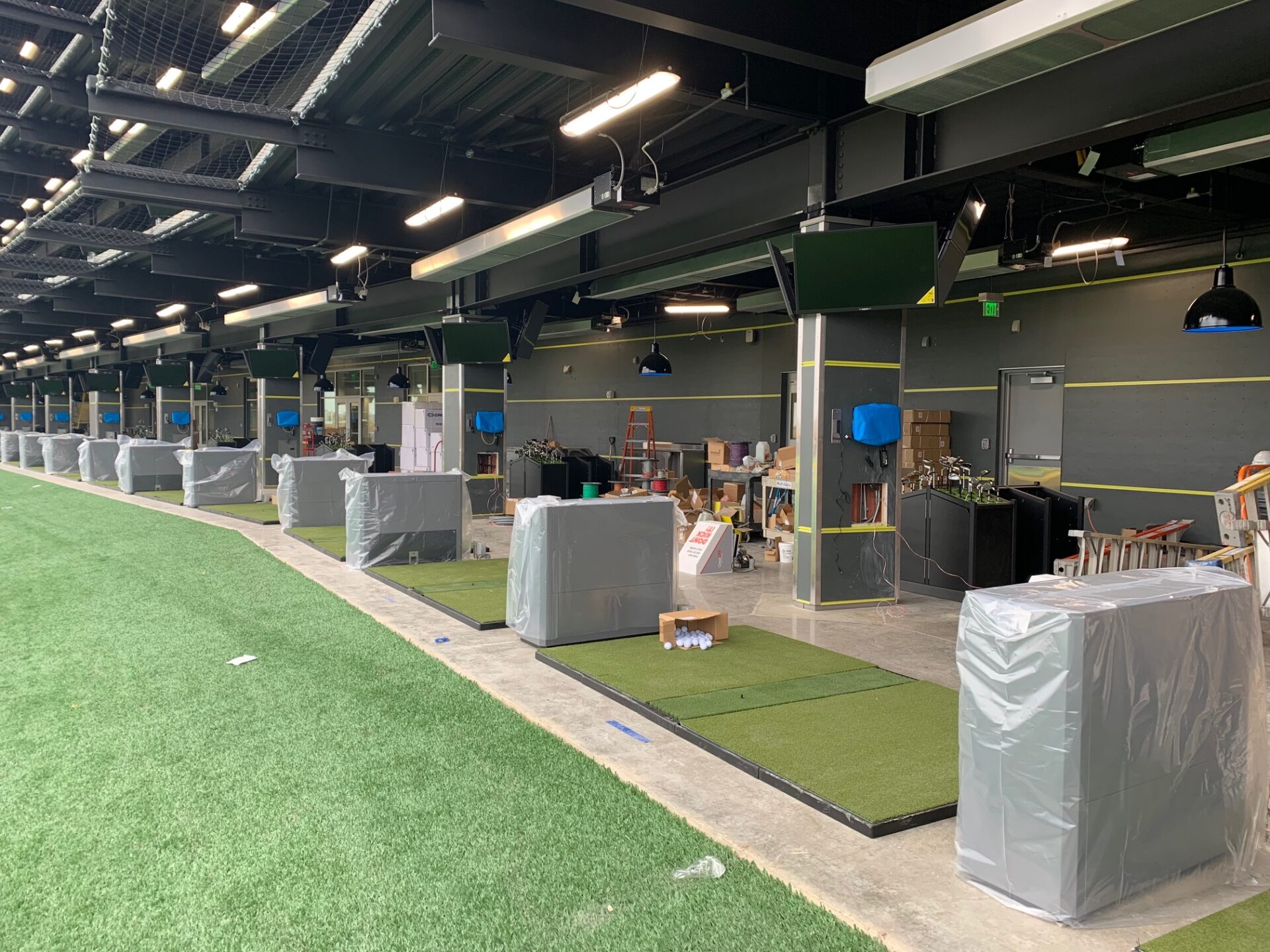 That floor also includes the Champions Lounge bar area, which will serve food too, and the Sanford International event rooms, which connect to private hitting bays. 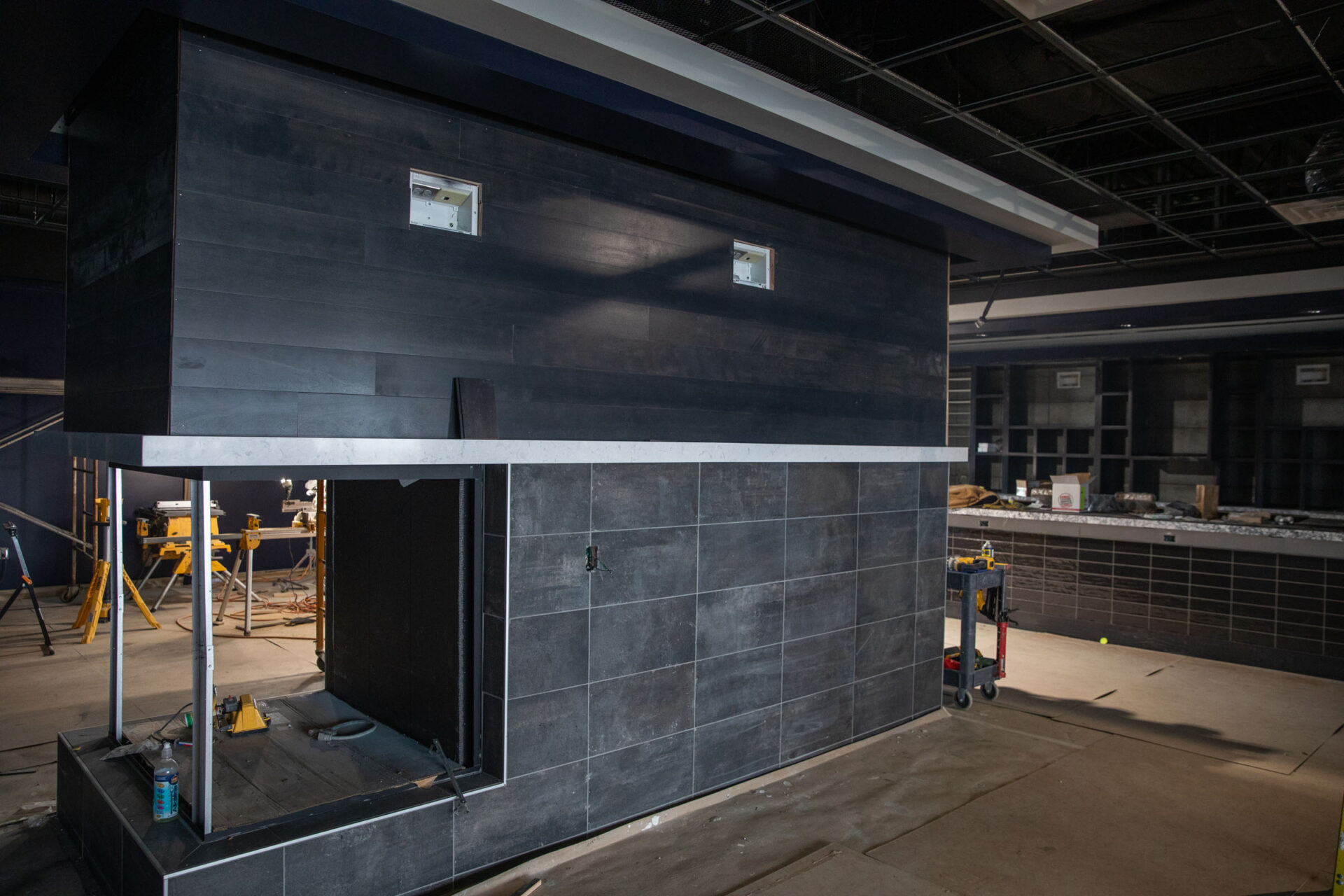 The second floor is where most guests will check in, get bay assignments and be escorted to their bay.

It includes another 20 hitting bays plus the restaurant with a floor-to-ceiling television that Great Shots leaders said is the largest Daktronics TV in the state. 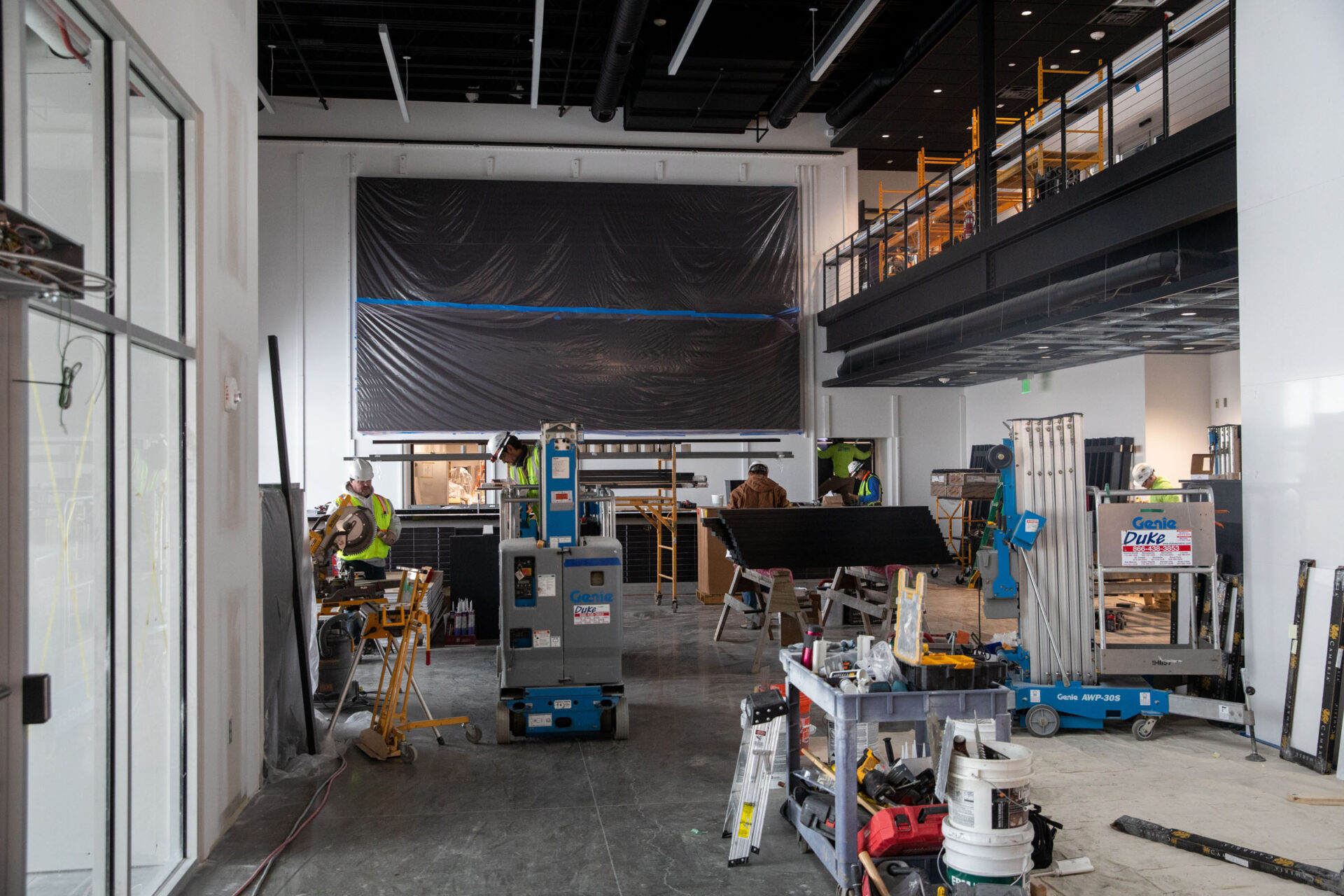 “We’ll be able to watch one big screen, divide it into four or have a large screen on one side and smaller screens on the other,” Buckley said.

The menu is being finalized but will be “upscale bar food,” he said, with an emphasis on sharable appetizers and dishes. 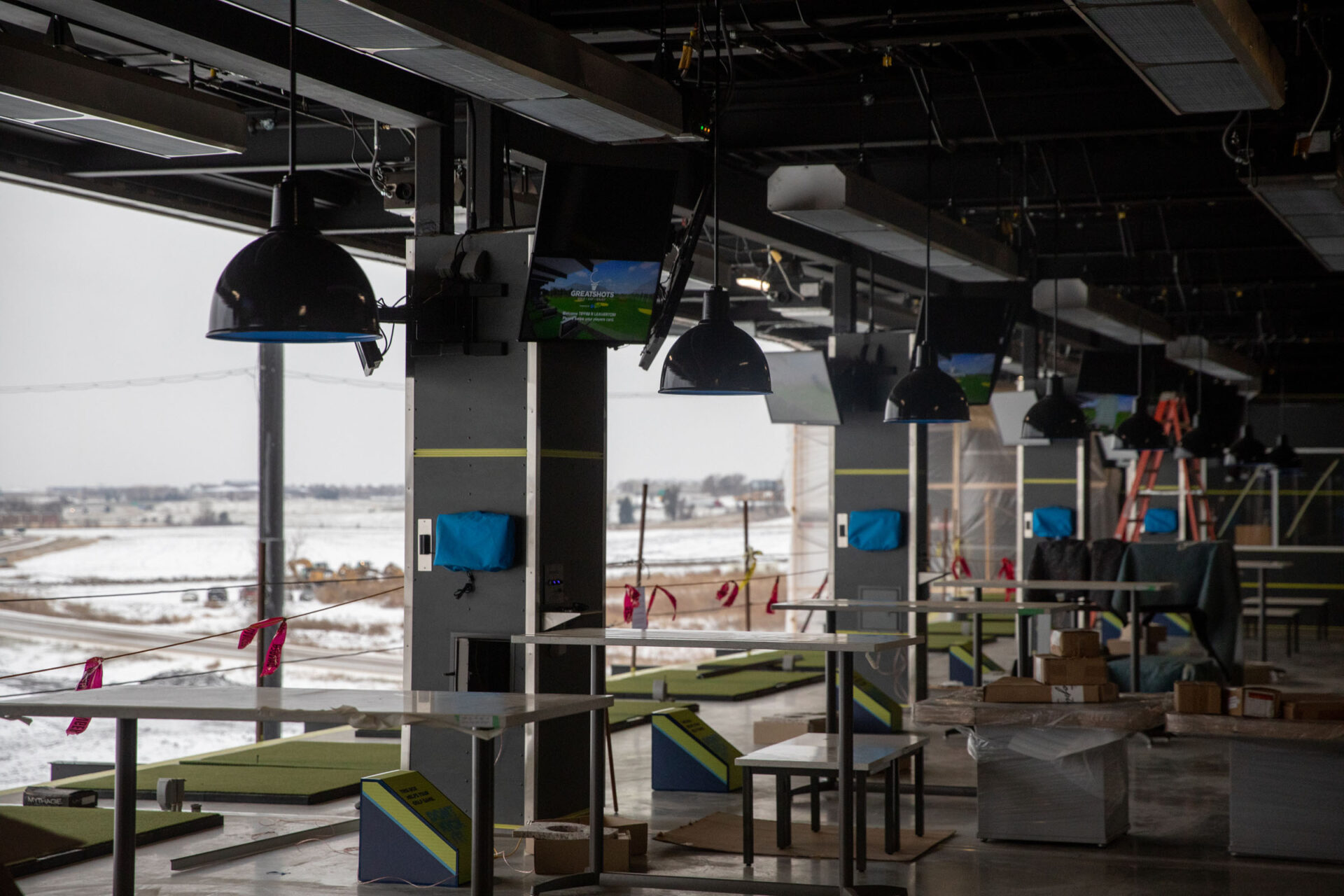 “Being that we’re at the Sports Complex, there will be a healthy side with salads, wraps and sandwiches, and an option to get most everything gluten-free,” he continued. “And there will be pizzas, burgers, chicken sandwiches, wings and great surprises from the Midwest side with pheasant.”

For events, Great Shots will be able to cater breakfast or do everything from a fajita bar to a prime rib carving station.

The second floor also includes a kids fit zone with a rock climbing wall and other games. 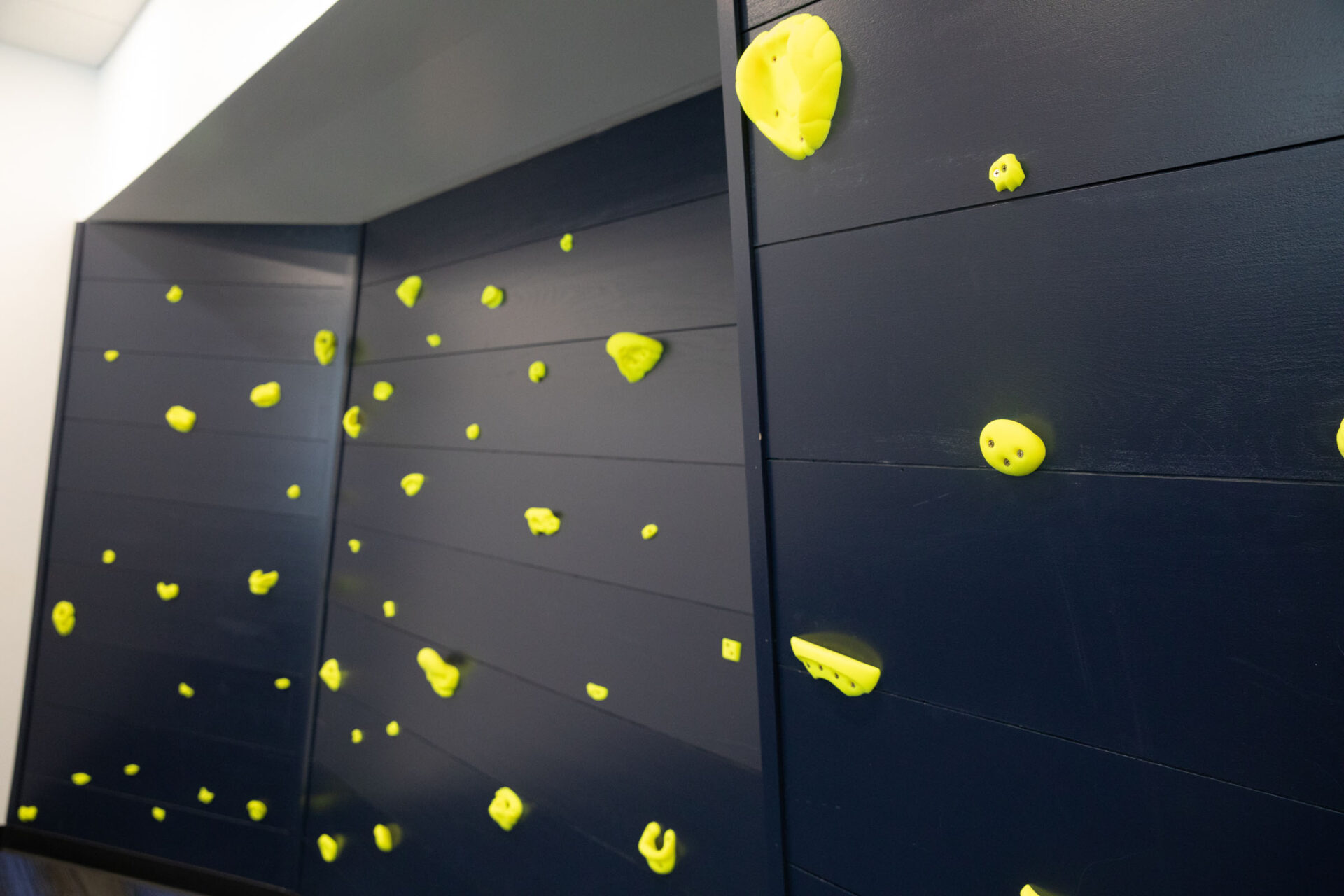 The first floor has 20 more hitting bays including four that are part of the Sanford Power Golf Academy and the Austad’s Fitting Studio.

The building can accommodate about 1,200 people. 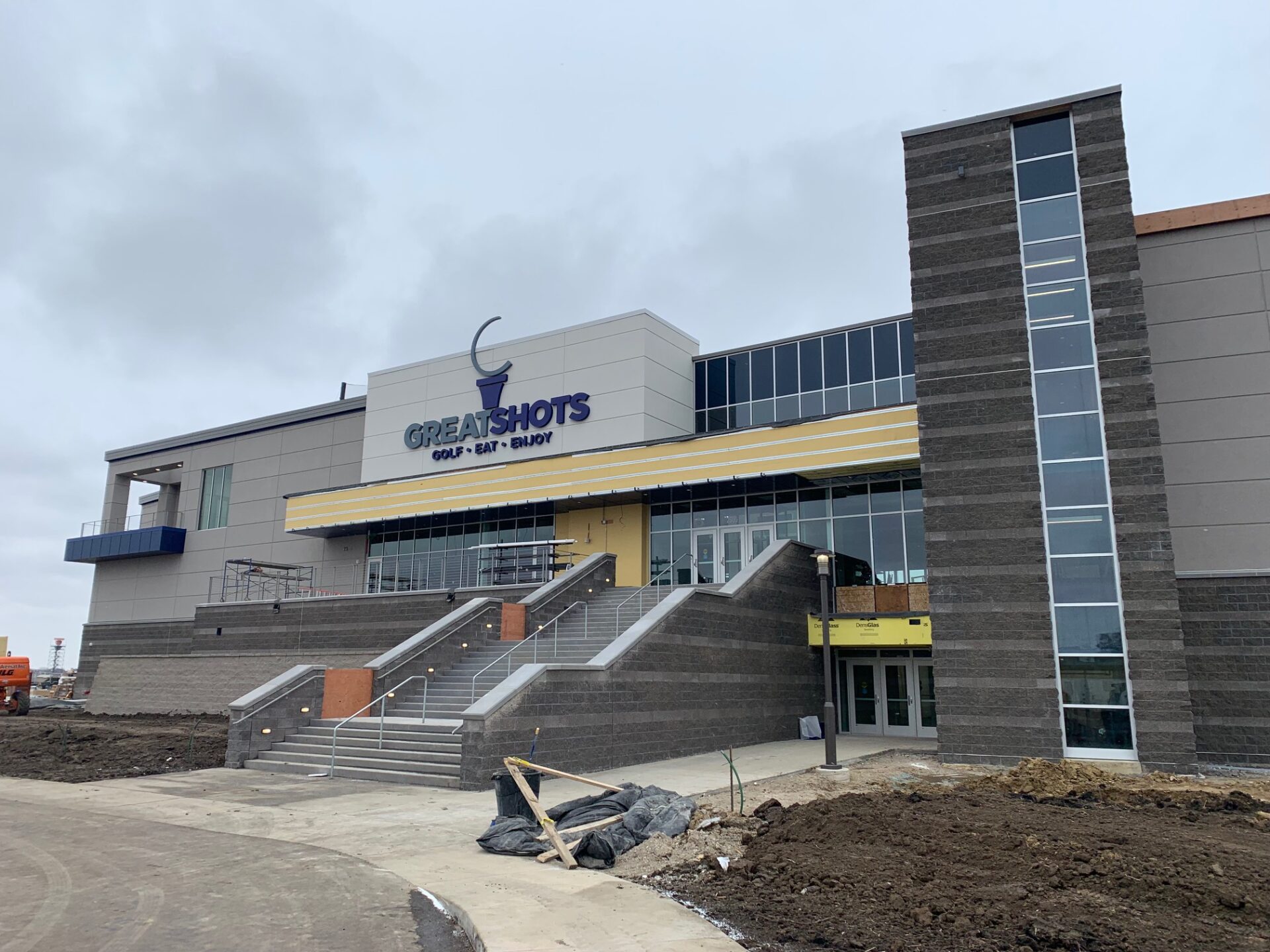 “Hiring is going well,” Buckley added. “We just started welcome classes and on-boarding this month. We’re looking to bring in a few more servers and bartenders to round things out.”

There’s also a special running on memberships. Here’s how individual and corporate memberships are structured. Through a partnership with GreatLIFE Golf & Fitness, those members also receive 50 percent off bay rental at Great Shots. 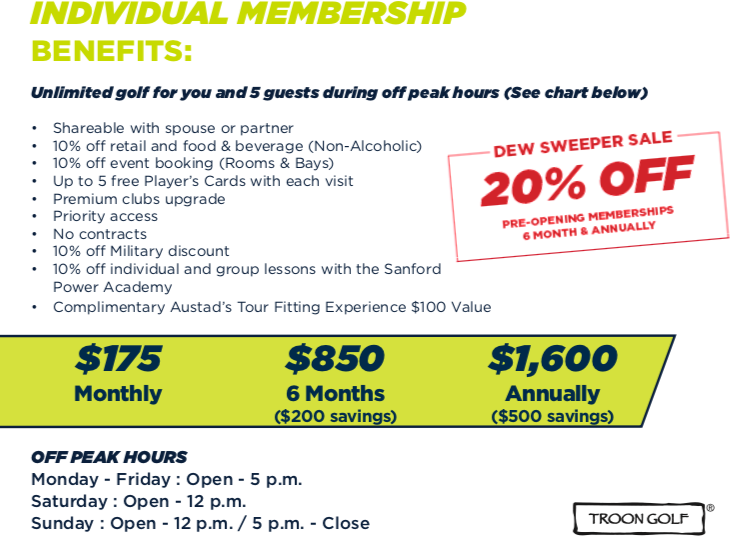 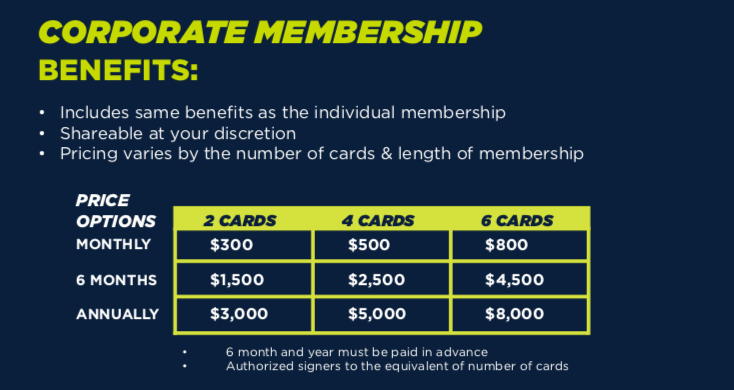 “There’s a 20 percent discount on room rentals or golf if you book an event too,” Buckley said. “There’s still room for holiday parties.” 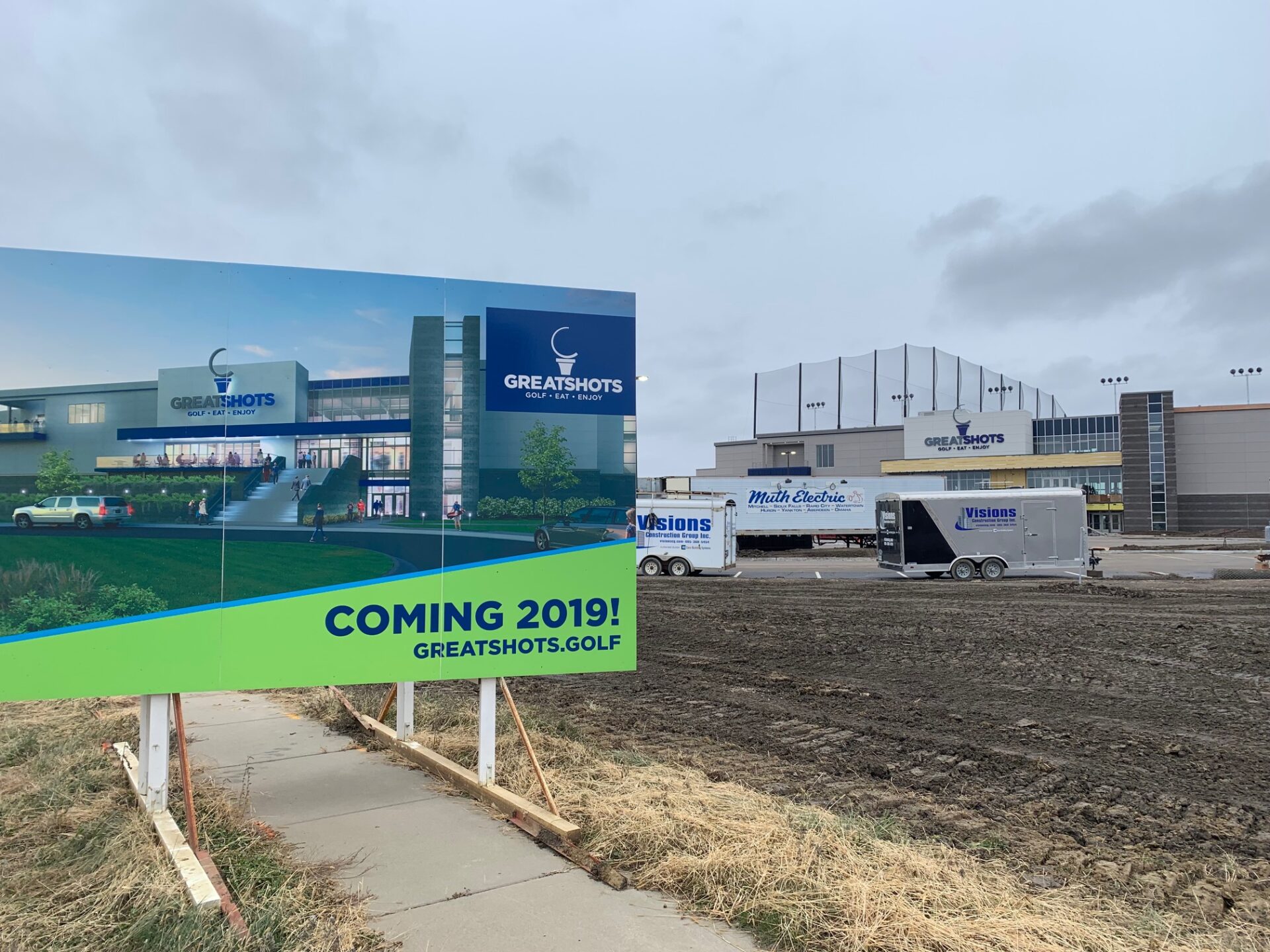