SDSU DoArch, the state’s accredited architecture program, won an Honor Award for Architecture for its design of Passive House in Brookings, a net-zero-energy single-family house built to demonstrate sustainable development to the region’s residents, contractors and building officials. The Brookings home was conceived and built using a housing grant from the South Dakota Governor’s Office of Economic Development (GOED).

JLG Architects, of Sioux Falls and Rapid City, won a Merit Award for Architecture for Farmhouse Bistro in Spearfish, a modern reflection of rural Americana located on a rolling farmstead along Spearfish Creek. The design, which combined indoor and outdoor structures, was informed by the client’s desire to have customers feel as if they were eating in her own home — clean, simple, unadorned, yet comfortable. Farmhouse Bistro also won the People’s Choice Award, voted on by attendees.

TSP Inc., of Sioux Falls, Rapid City and Watertown, won a Merit Award for Architecture for its interior renovation of Hamre Recital Hall at Augustana University in Sioux Falls. The improvements to the 1970s facility provided upgrades to seating, access and acoustics, as well as a warmer and more sophisticated finish palette. This project was built by Henry Carlson Construction during the summer of 2018. Read more. 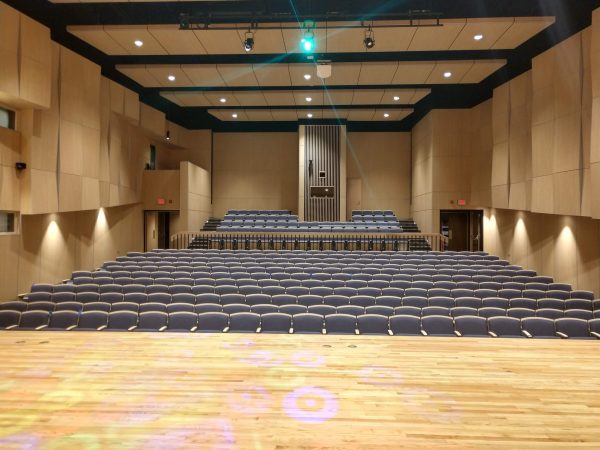