When Olivia Rud decided which college to attend, athletics and academics both factored into her decision. The Madison High School graduate knew she wanted to play volleyball, but with plans to enter the medical field, a school that stressed its science program also was crucial.

“I had heard they were on the edge of building a brand-new science center, and I thought it would be incredible to go through most of my schooling at NSU in that building,” Rud said. “It was a pretty big factor in my decision, actually. to know it was coming to campus.

A new era at NSU officially begins Monday, when the new Jewett Regional Science Education Center opens for classes. The $25.2 million structure is the first new classroom/teaching building constructed on campus in more than 40 years. The TSP Inc. + SmithGroup team designed the building with Henry Carlson Co. and its sister company Kyburz-Carlson serving as contractor. 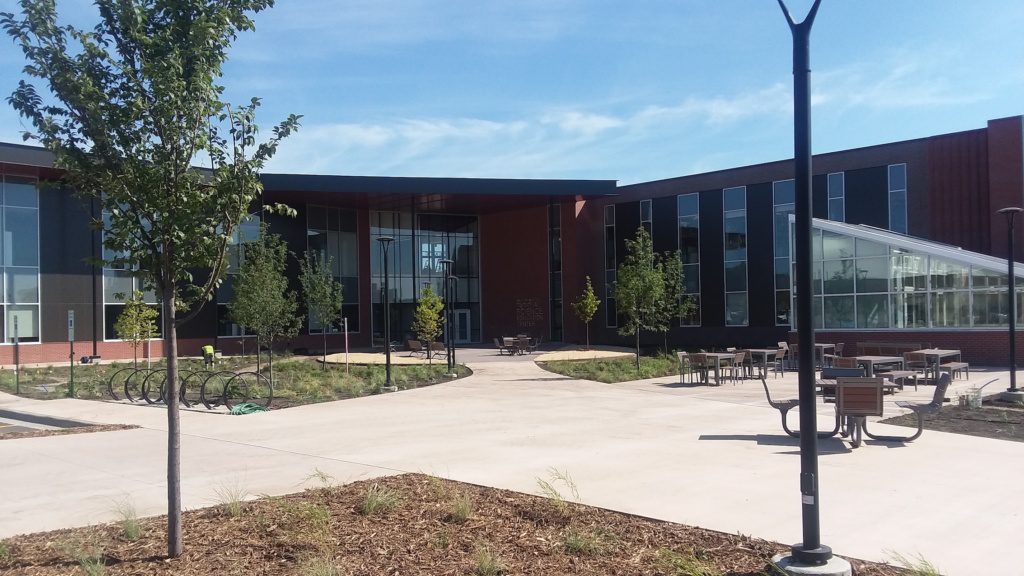 “The building is also designed to be a space students don’t just come to for class. It features a comfortable yet contemporary lobby that anchors the corner of campus along State Street and provides ample space for collaboration, including some cantilevered eye-catching ‘pods’ that extend from the east side of the building over the sidewalk,” said TSP architect Chase Kramer.