Henry Carlson Construction and ASCO attended Leadercast Sioux Falls on Friday. The speakers were informative and we took notes to apply what we learned at the office and in the field. Leadercast is the largest one-day leadership event in the world that broadcasts live from Atlanta to hundreds of host sites around the world, including Sioux Falls, SD. As a part of the seminar, there was a team-building exercise in which we had to build a free-standing tower out of spaghetti noodles and marshmallows. Henry Carlson Construction, LLC/ASCO came in second place. Not too shabby! 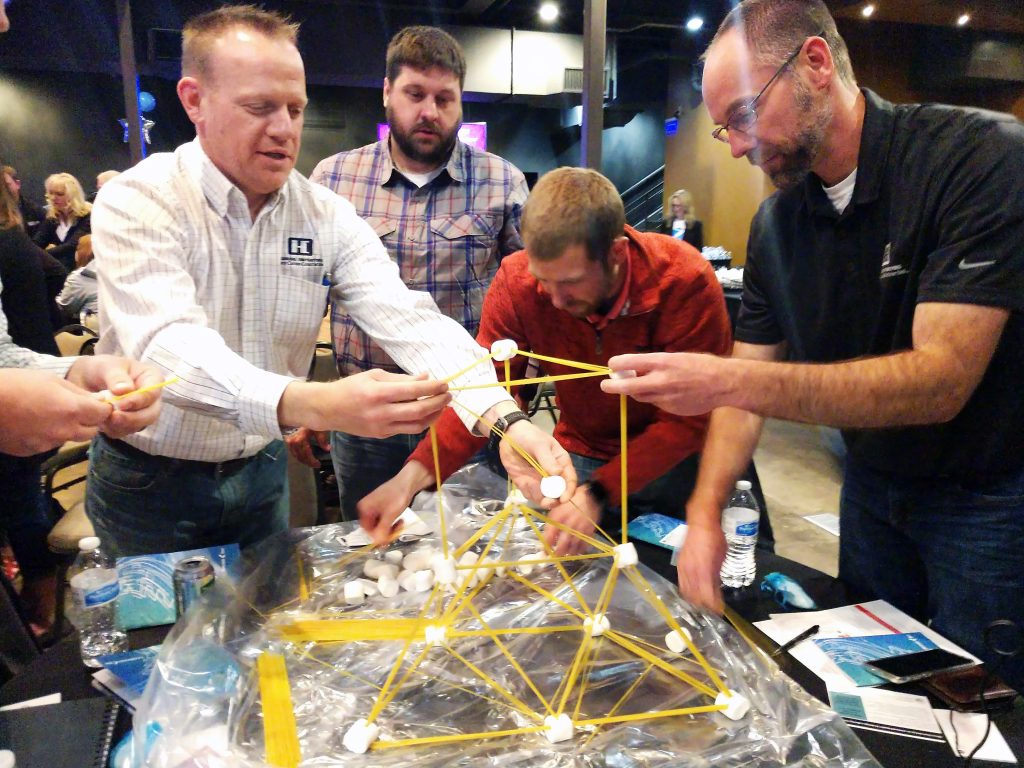